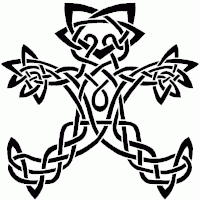 A blog where I share my technical (programming) findings, insights, experiences, tutorials, etc.

This work by PhiLho is licensed under a Creative Commons Attribution-ShareAlike 4.0 International License.

Having to implement range selection in lists in an application at work, I did a little survey of what is done, and was surprised that while the bases are the same for all lists, the more advanced selection modes vary a lot.

Note: by “list”, I mean the control displaying a list of items, not some kind of collection / data structure.

How I use MobX 2 in an AngularJS 1 application

MobX is a library simplifying state management by using functional reactive principles.
It manages dependencies between values, somehow like a spreadsheet does with its cells: if the value of a cell changes, other cells depending on the first one can change too, in a cascading way.

The manual of MobX can be read at MobX, Simple, scalable state management.
It is a comprehensive guide, rather dense (worth reading again after experimenting with the library…) but clear and informative.

I used it in an AngularJS 1 application, to manage state of controllers (components), so in a rather local and isolated way.
That’s just one way of using it, which I explain below.

The rules are defined in http://git-scm.com/docs/gitignore
I won’t repeat them here, nor test them all. I will only explore some corner cases, not well explained in the said document… 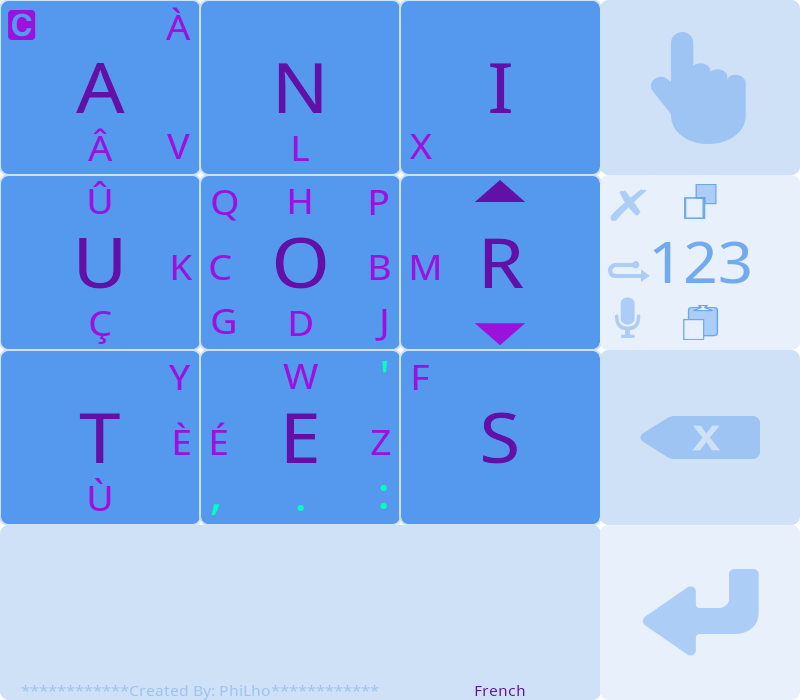 Most Android keyboards suffer from the same flaw: they mimic traditional typewriter / computer keyboards.
The (only?) advantage is that most users are familiar with it.
The inconveniences are numerous:

I thought of a squarish / circular design around a central point, where letters surrounding it would change to make more accessible the letters more likely to follow the previous ones (for a given dictionary).
Idea with a number of caveats, like not relying on muscle memory and needing to know the context in the edited text.

So I searched alternatives (they are numerous!), tried some (disliked swipe-based ones, liked Hacker’s Keyboard in its classical category) and finally stumbled upon MessagEase.
I felt it was the right one, even if I expected some learning curve… It was close of my idea, but with a fixed layout (for a given language), and it makes the most common letters easier to type than the rarest ones.

Its square design make it look huge, but in practice, with its 4x4 keys, it is not much bigger than a four row traditional keyboard. And you can easily adjust its size to fit your taste / capabilities.
It is very flexible, with tons of settings to adjust finely the look and feel of the keyboard, to adapt it to the needs and tastes of the users. Yet, it has sensible defaults, so it is good out of the box.

“A hackable text editor for the 21st Century”

I came to Atom with a prejudice…
The long closed-source / beta period, the fact the “hackable” editor isn’t coded in JavaScript but in CoffeeScript, the need to add plugins for everything (according to some reviews), the reported slowness and memory hungriness, made me to hesitate to try it… I was also a happy user of Adobe Brackets, with no compelling need to change.
But, Brackets accumulated a number of little annoyances, making me wanting to try other editors.
The test of Visual Studio Code was brief, as it didn’t have the base (semi-advanced if you want) features I use all the time: drag’n’drop of code, and column selection.
So I tested Atom, with a critical eye. Spoiler: I was seduced, and it becomes my favorite Web IDE…

That’s the problem with information found on Internet: it quickly becomes stale…
The Atom team improved memory consumption, have an eye on responsiveness (I was impressed by their TimeCop package, and the fact they report for each package the time they add to loading), ship lot of plugins with the base editor: delegating to packages is part of their vision of modularity, but they made official packages for the most essential features, and you don’t need to hunt every package implementing base features, saving time.

I appreciate the clean interface and the attention to details they have bring to the project.

So I want to write some new technical articles (like this one…) on my latest discoveries.
My previous host keeps my old site but has cut my FTP access, so I cannot update or add new stuff.

As this is a bit confusing, I made a table out of the official doc, including all mistakes found in this manually generated doc, some of which I point out here, to help tracking them down.

Numbers are size in KB of .min.js as of 4.0.6 around October 2015. To be used only as comparison between versions.
The file names with + are not in the documentation, I found them after installing RxJS. I guess they come from v.4, and that the doc is still about v.3.

FRP is a way to deal with events and asynchronous data in a functional style.
Basically, it is an implementation of the Observer design pattern, coupled with the Iterator one, dealing with streams of data coming on a timeline with a fluid API.

We saw, in the article about functional programming, powerful ways to process iterable data, by composing functions, with lazy evaluation able to deal with infinite data, etc.
FRP does the same, but applied to streams of events, which introduces a new dimension: time.
Events can be seen as some data coming at a given point in time.
Data might come from user interaction: a keyboard key is pressed or released, the mouse moves, is pressed, dragged, released, etc.
Data can also come from a server, after an asynchronous request. File system requests (asynchronous reading of file in Node.js, for example) are similar.
It can also be a timer, delivering a timeout once or regularly.
It can even come from static data (eg. content of an array): in this case, time is “now”.

Using Lodash for fun and profit

This allows to replace most for loops with powerful and succinct function calls, showing clearly the intent of the operation without having to analyze complex code.

Adobe Brackets - IDE for the Web

I installed Brackets (v. 1.2 on Windows 7 with 8 GB of memory; currently at v.1.4), it went out quite smoothly, just asking for the directory where to install it.
I opened it, it starts very fast.
It has a dark UI but a light editing area. Not fan of dark theme, but I will try and keep it to see if it is effective to have a contrast between the UI and the editing area.
Default syntax coloring theme looks OK so far. It can be changed with theme plugins.
Actually, the UI theme cannot be changed easily, it needs a plugin to be able to modify it.
There is no drag’n’drop of text by default, which is why I rejected this editor on my first try (before 1.0), because I use this operation a lot; but it has been introduced in this version, and the blog post about this release shows how to activate it.
The editor is a bit primitive out of the box. You have to install several extensions to get things done efficiently… That’s OK because this keeps the application streamlined: no need to install CoffeeScript or Less extensions if you code only in JavaScript and use Sass…
There are not much settings either: you have to edit Json files to customize things. A bit less intuitive, but I am OK with that, as that’s the way I customize ScITE, my favorite (general purpose) source code editor. And not having complex dialogs to set every option also keeps the application light.

After a few weeks of using Brackets, I appreciate it a lot: it is much less memory hungry than WebStorm or Eclipse, it is flexible and easy to use.
I recommend it.